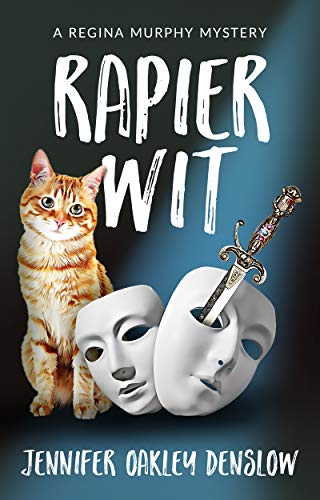 She introduces us to the drama students under the direction of main character, Regina Murphy – surprises us with the manner of the featured murder itself (might a second one occur?).

She drops a trail of clues – poses several suspects for us to ponder as the potential culprit. The reveal was suitably dramatic. I wasn’t happy to learn one of my favorite characters was the murderer. But it made sense.

As a reader, we wonder if anything will happen regarding Reggie’s infatuation with a character who plays prominently in the plot.

A fun tale for those of us who wouldn’t mind reliving our high school years. – Perhaps imagine grabbing a starring role in a Shakespearean play if given a second chance (my own aspiration).

My only disappointment regarding this story was the orange tabby whose picture appears on the book cover. Reggie’s kitty was only casually mentioned, perhaps two or three times, if I remember correctly.

Will this book become a series? I can see it. A sheriff and teacher investigative team sounds intriguing – will they perhaps also become a local item?

Rapier Wit’s plot may not have you on the edge of your seat, but it’s interesting, well structured, entertaining. Pick up a copy, find a seat under a shade tree, enjoy this cozy on a lovely June day.

Jennifer Oakley Denslow is an instructor of drama herself. I’m sure she does a wonderful job of inspiring her students. 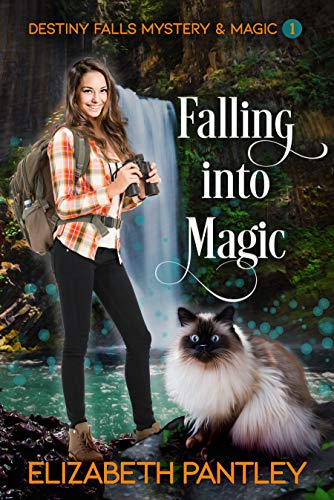 I feel I’ve just climbed out of a rabbit hole. This “through the looking glass” style story has me contemplating the nature of reality. Falling into Magic, by Elizabeth Pantley is a complex fantasy story featuring talking cats and an alternate reality.

In a nutshell: A magazine publisher whose cat disappeared into a mirror when she was a child finds herself in another world. In this new world, she meets family members she never knew, and must contend with magic and murder.

If you love make believe, fairy tales for grownups, cats, entertaining possibilities, you’ll enjoy this story. Then again, maybe the plot isn’t totally far-fetched. I’ve always believed in the concept of alternate realities. The science of quantum physics tells us the basis for the hypothesis does exist.

Should more than one reality become mixed, conditions could become quite complex. As is the case in this first book in the Destiny Falls Mystery and Magic series, which holds the promise of keeping readers captivated as main character Hayden’s journey continues to unfold. . .

Thanks to author Elizabeth Pantley for the advance reader’s copy . . . It’s taken me a while to get to it. My reading list is always extensive. But it didn’t disappoint. Falling Into Destiny is beautifully written. Check it out! 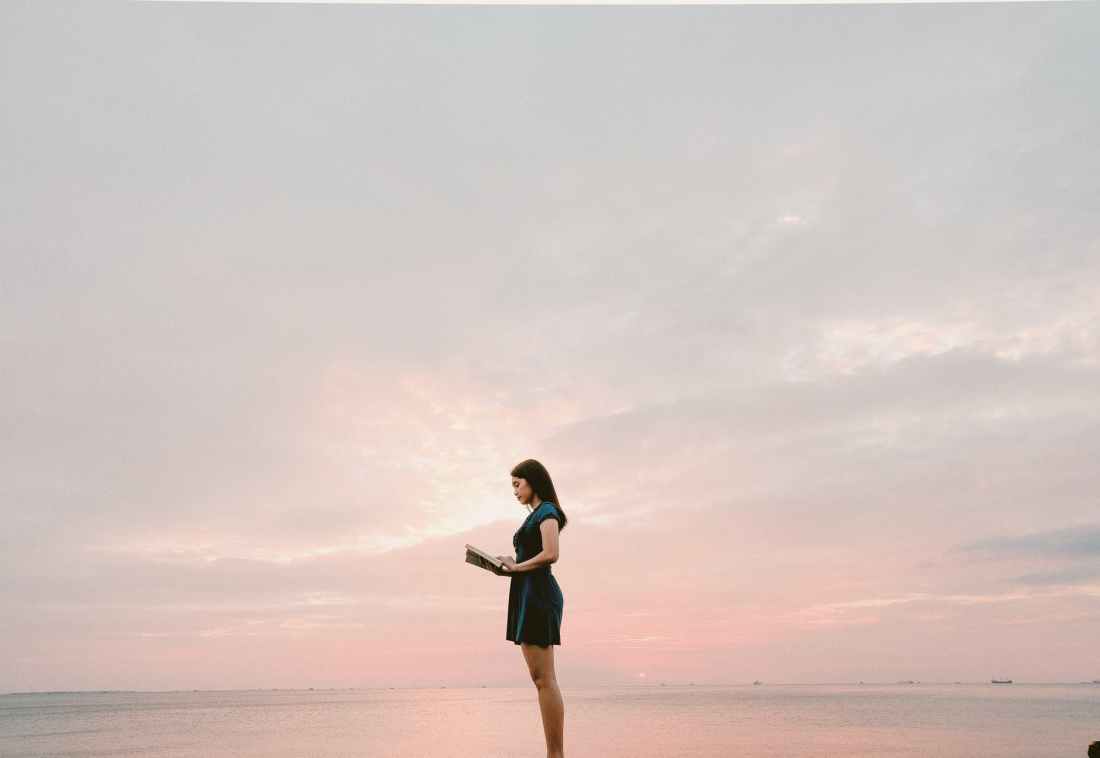 We are all more than ready for springtime and fresh starts this year.

Though we are all fatigued, we must keep in mind COVID precautions for a little longer if we wish a return to safe social freedom. Thankfully we readers have a pastime we love, in which we have been able to indulge in spite of restrictions.

Spring seems a time for resolutions, a celebration of optimism and ambition. Those traits are essential for authors who take the leap and publish independently. Self-publishing today is a respected endeavor. Competition is fierce in the industry. Many highly talented authors strive to reach readers by bringing their work to light through their own efforts.

So many authors, so little reading time . . . to fit into days filled with additional commitments – but here is a short list of authors – some of whom are independent publishers – whose works I hope to explore at some point when I can fit them in with new works by my longtime favorite authors – and my two or three professional positions. . . whew!

Falling Into Magic has been hiding in the depths of my inbox for some time, so you’ll see my review of it first.

Since I received a real life review copy of Rapier Wit in the mail, I imagine it will be read before long. I must admit hard copies are my preference.

Working on the computer is an advantage – reading is much more rewarding when I can turn pages.

But don’t wait for my reviews. Follow the links to order these books and explore them on your own.

There are so many great titles . . . I feel so guilty not keeping up with reading requests. I’m simply unable to fulfill them all, but the least I can do is feature them so others can check them out and let us know their favorites. Comments are invited as long as they are respectful. 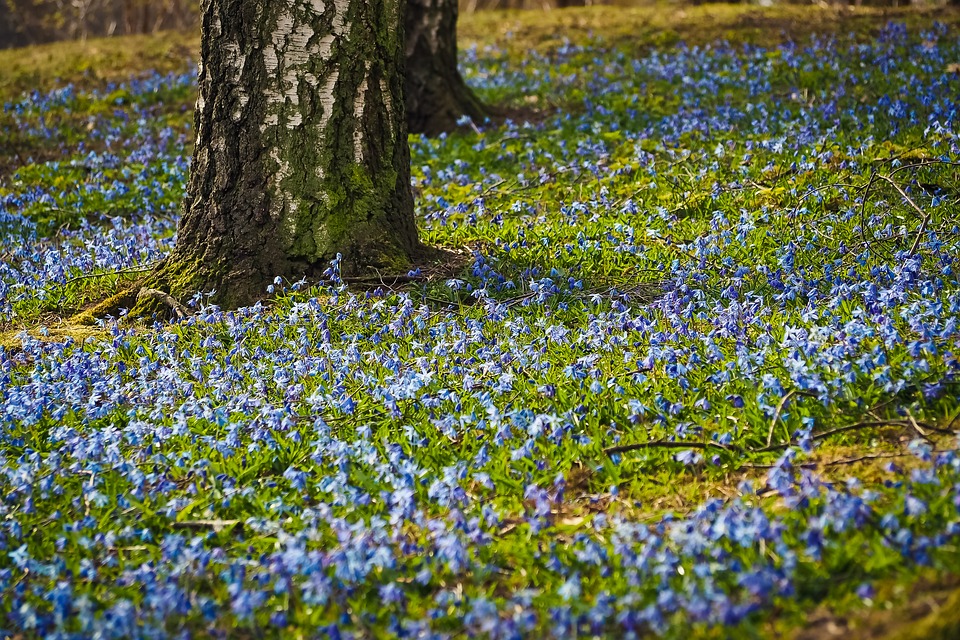 “Then you have to remember to be thankful; but in May one simply can’t help being thankful . . . that they are alive, if for nothing else. I feel exactly as Eve must have felt in the garden of Eden before the trouble began.”
― L.M. Montgomery, Anne of Avonlea

I truly don’t know where to begin. This Lucy Stone Mystery, Irish Parade Murder by Leslie Meier is a masterpiece containing all the things I’ve wanted to say about happenings of the past year. Everything that’s been in the news and in my thoughts. Well, except for COVID.

The newspaper happenings and a new staff member have Lucy and Phyllis, her co-worker a bit upset, though thankfully the paper is kept alive by the new arrangement. Corruption in law enforcement is an issue that creates risk when Lucy and the new reporter investigate.

A man dies in an accident/murder. Lucy investigates. Eventually, she finds herself in a precarious situation. Will there be a Cinderella ending? Or are there too many complications?

Leslie’s Lucy Stone books just keep getting better. I thank her for putting my thoughts into words at so many spots within this book.

I’m studying content marketing. After becoming successful at content writing, I decided I needed to expand my knowledge of the broader topic of content marketing. I still pursue fiction writing, but for the time being, must focus on writing which brings more immediate profit. I truly enjoy helping businesses build brands through well-researched creative writing.

The first lesson in my content class, via Hubspot, was actually focused upon the topic of storytelling. What better way to build a brand than to tell a story. The focus is on reality rather than fiction, but the key is still to entertain – to capture attention, captivate the reader in order to cultivate engagement.

How appropriate that at a time when I’m so focused on the art of story-telling, I discover the existence of National Tell a Story Day – A day to read a story from a book, tell one from memory, create one from your imagination. 1425 was the year the term story was first used to mean a fictional anecdote. The account I read didn’t say what the title of the story was.

But it did share a fascinating bit of trivia:

The first novel written on a typewriter is said to be Mark Twain’s “Adventures of Tom Sawyer”. Though further research says it was “Life on the Mississippi”.

The gossipy bank employee was a real story teller. (No groans please – we all need to enjoy a bit of innocent humor now and then.)

I’m so attached to real books and adore old school phones . . . are these preferences simply due to childhood memories – or is their allure due to a different factor?

There’s something about holding a real receiver in one’s hand that’s so relaxing . . . Maybe it just evokes the spirit of the 1960s – a time when worries, at least in my community, were less.

Anyway, today celebrates the invention of the telephone, when Alexander Graham Bell, when he summoned his assistant Watson to the telephone, the first “official” communication recorded for posterity. Bell was a teacher at a boy’s boarding school. – something of which I was not aware.

Also not widely publicized – is the fact that several others submitted patents for telephones shortly after Bell’s – but Bell’s was the first. He later became a benefactor and friend of the remarkably resilient Helen Keller.

I’m not a fan of smart phones, so far carrying my computer and a flip – researching and typing on a tiny touch screen just doesn’t work for me. And the new phones are too large to fit easily in a pocket.

But it is difficult to imagine life without phones of some sort. Access saves lives, connects friends who live at a distance, makes many things more convenient.

Some mystery series’, as some television shows, lose the interest of readers/viewers over the years. Plot concepts become less compelling, more unrealistic. Not so with Ellen Crosby’s Wine Country Mysteries.

The Angels’ Share, the tenth in the series is the most captivating of them all, in my opinion. A lesson in history, food for thought regarding some intriguing controversies, in addition to a compelling murder mystery.

A local mega-wealthy nonagenarian art and artifact collector is murdered shortly after conversing with Lucie Montgomery, Virginia winery owner and main character. The conversation occurred privately, at an annual event at his expansive estate.

Was the culprit a member of the aging man’s family? A Washington Tribune associate upset with his plans to sell the paper? Someone from the community with an unknown motive? Lucie, as usual, must solve the mystery, as she and her family, fiancee’ and winemaker, Quinn, brother Eli and his family, and the winery staff prepare for the holiday season.

The dead man was a Freemason, who planned to share a history shattering revelation at an upcoming meeting. During his conversation with Lucie he made a request she was unable to fulfill, due to lack of knowledge of the location of a historic item reportedly owned by Lucie’s ancestors.

The most fascinating part of the story is Lucie’s pursuit of the truth regarding the question of whether Shakespeare or Francis Bacon was responsible for the writings attributed to Shakespeare.

Her quest for hidden papers which might reveal the truth about the mystery lead her to a lockbox, at the local bank, and a search of local historical sites. She also engaged in conversation with researchers at Historic Jamestowne and at the Folger library, where many original copies of Shakespearian plays are located.

The Dust Bunny Project, and the fact that Shakespearean classic, The Tempest may be based on the wreck of The Sea Venture, a ship on its way to Jamestowne, are fascinating. As the future advances, we gain more tools for learning about the past.

I do hope Shakespeare really did write “Shakespeare”, not Francis Bacon. The name “Shakespeare” sounds much more literary. I do believe in revealing the truth if it’s proven beyond doubt, but it’s sad so many cherished beliefs have been blown to bits in recent times.

History buffs, mystery lovers, wine aficianados, will find something to love in this story. The relationship between Quinn and Lucie continues to develop, delighting fans of romance, also. Can’t wait for the next book.

What’s past is prologue – William Shakespeare in The Tempest

This quote was included in the book I’m reviewing next: Angel’s Share – the latest Ellen Crosby Wine Country Mystery.

Crabapples are blooming – we hope winter is behind us. We wish the pandemic was.

But Shakespeare – or Francis Bacon – whatever one believes about this controversy – is correct.

We do seem doomed to repeat past mistakes – but also to be reassured by the fact that the season -, or perhaps even polyester leisure suits – will inevitably return to reassure or haunt us.

Assisting lovers of mysteries and more in discovering stories that will become enduring memories. Mostly cozy and classic mysteries are featured. But occasionally reviews of exceptional works from other genre as well as additional content and items of interest to readers and writers may be included.